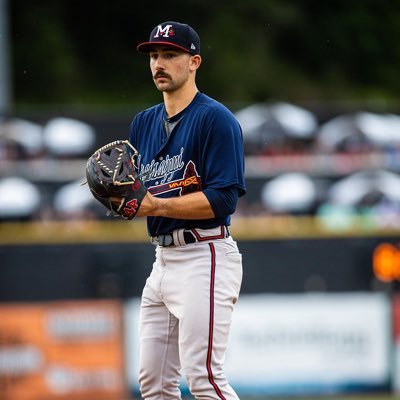 Go ahead and add another big Braves prospect promotion to the list for this season. According to Talking Chop’s Eric Cole on Monday morning, right-handed pitcher Spencer Strider is headed to Triple-A Gwinnett.

The promotion comes with only five regular season games remaining for the Stripers, so it’s obviously less exciting than a midseason or even August assignment. However, Strider should have plenty of time to acquire some innings at the highest level of the minors. Per the report from Cole, Strider is expected to pitch out of Gwinnett’s bullpen.

Strider, taken in the fourth round by the Braves in the shortened 2020 MLB Draft, is a former Clemson star who, at the time of the draft last year, had recently undergone Tommy John surgery, causing many to question just how quickly he would progress as a pro. Although, the now-typical operation hasn’t appeared to slow him down.

Surging fast on my Braves Top 30 list this year, Strider currently ranks seventh on my latest ranking, just behind lefty Tucker Davidson. The 22-year-old Strider began 2021 with Single-A Augusta, but after averaging more than 18 strikeouts per nine and pitching to a 0.59 ERA in 15.1 innings, he was quickly moved up to High-A Rome. With the R-Braves, Strider’s stint was even shorter, thanks to 14.7 K/9 and a 2.45 ERA in 14.2 frames. His second promotion of the season, a late-June call-up to Double-A Mississippi, gave Strider his first taste of adversity, though he wound up becoming one of the top starters in the rotation. In 63 innings with the M-Braves, the talented prospect pitcher put together a 4.71 ERA despite allowing only a .211 AVG from opposing batters.

Any time a player is on his third promotion in one year in the minors it means he’s doing something right. Along with his 2020 draft mate, Bryce Elder, Strider’s move to Triple-A sets him up nicely to possibly debut in the majors as soon as 2022. MLB debut or not, though, this kid is the real deal.