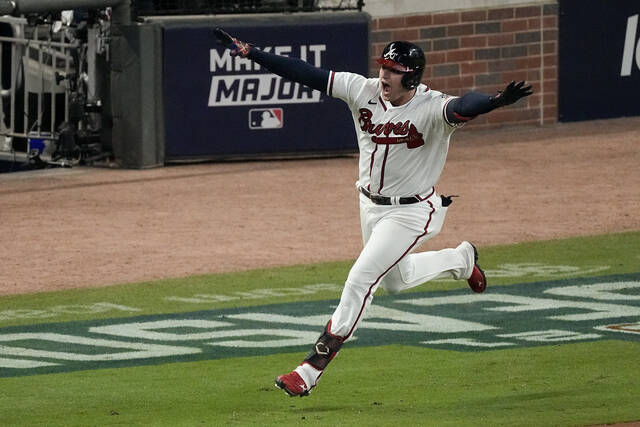 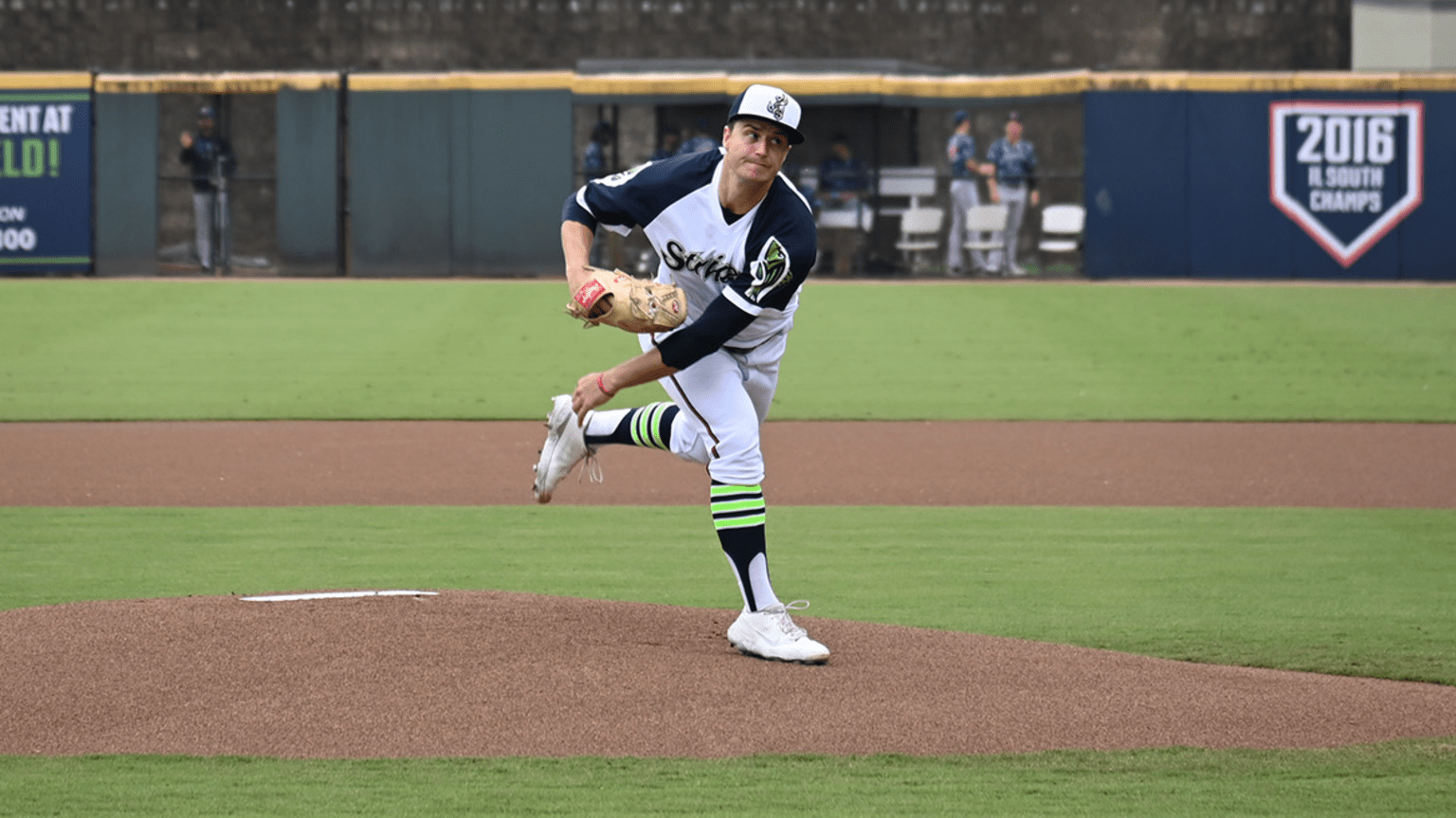 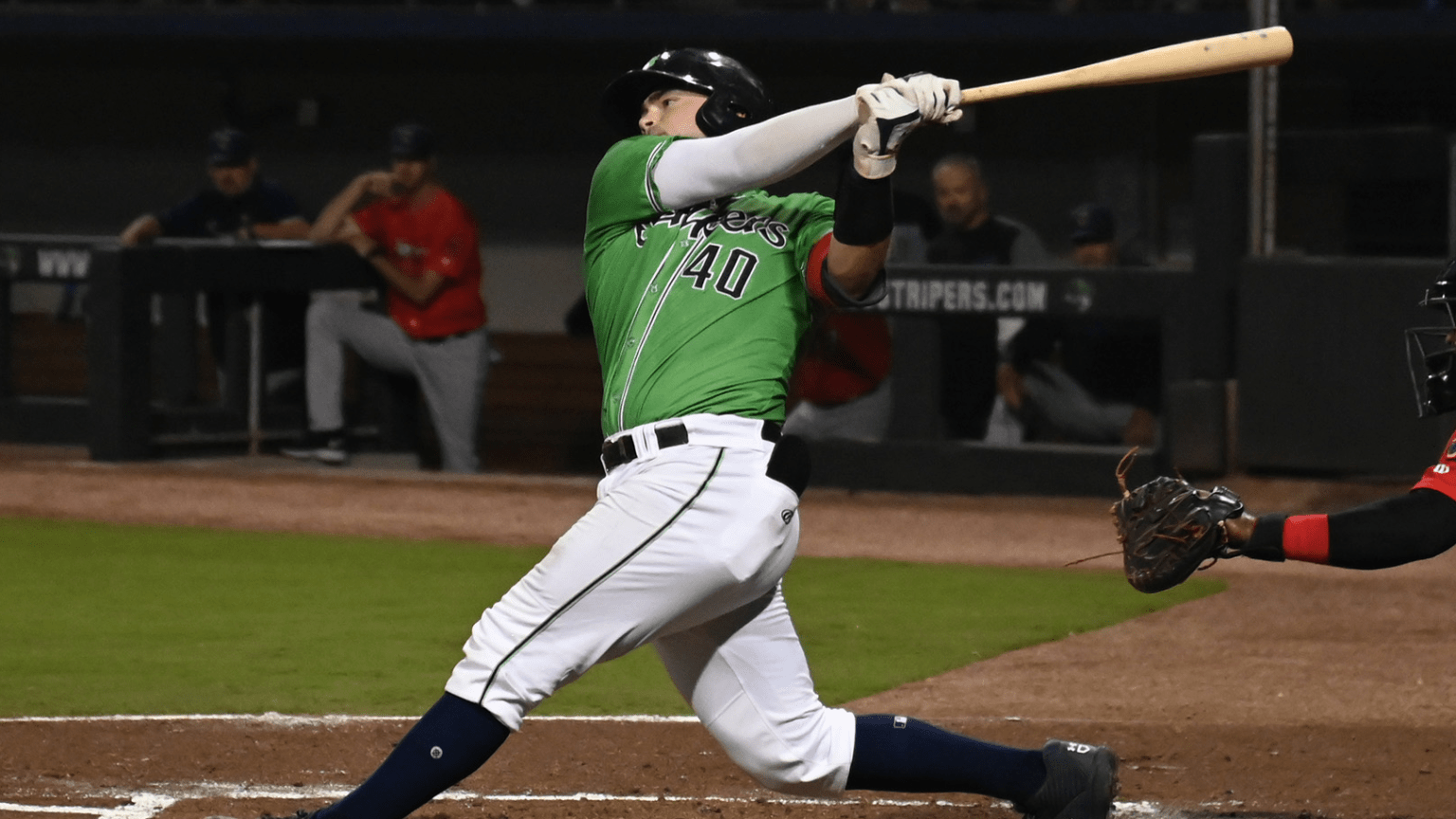 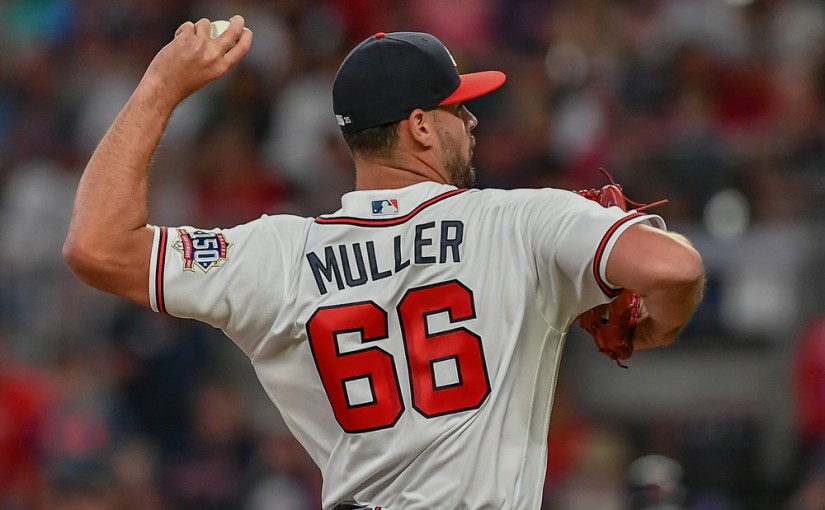 Today we’ll wrap this series up by discussing the top 10. Below you’ll find tables for each group of ten covered so far, with the final ten at the bottom. If you click on the title of each table it will direct you to that particular post regarding those ten players. You can also find a list of all 30 players here. This final update to the Top 30 will likely serve as my rankings until pre-season 2022, though I’ll continue to provide monthly check-ins on these players for the rest of the current season (currently underway for August), as well as any updates regarding promotions, trades… etc.

I’ve really been impressed with just how fast Franklin has made a name for himself as a pro. This is a kid that was given a 30-grade for his Hit tool coming into the 2020 draft, not to mention a 35-grade Game Power by FanGraphs. Boy they couldn’t have been wrong. The 22-year-old Franklin has been a dangerous power-hitter all year long for High-A Rome, shown by his 22 homers and 56 RBI in 93 games so far this season. He’s certainly cooled off a bit since the beginning of August (86 wRC+ from Aug. 1 to this past Friday), but right now I have no problem saying that Franklin is this organization’s fourth-best outfielder, behind Cristian Pache, Drew Waters and Michael Harris II.

For me, Tarnok has become the new Jasseel De La Cruz as I have him ranked right where De La Cruz was this past summer. The two young pitchers are actually a lot alike, though De La Cruz is two years older and has damaged his stock a bit with his struggles in Triple-A. Right now Tarnok seems to have the brighter future as a traditional starter, having managed to mostly dominate the Double-A level by pitching to a 2.64 ERA in 30.2 innings this season. Even better, the 22-year-old Tarnok appears to have the better secondary pitches, which is something that has plagued De La Cruz in 2021. Basically, I have Tarnok as the fourth-best pitcher in the system right now. This kid got a late start to the year, but he’s certainly on the rise.

What a year its been for the Braves fifth-round pick from back in 2020. Elder has flew through the system, starting the year in Rome and now currently pitching in Triple-A Gwinnett. The 22-year-old has regressed just a tiny bit with each promotion, but given this is just his first pro season, his performance has been nothing but extraordinary:

At this rate, Elder is making a strong case to earn an MLB debut sometime next season, which is pretty incredible for a guy with only 112.2 pro innings so far. A lot of other sites have been a bit slow to move Elder up on their lists. Hell, FanGraphs has the righty ranked 21st in the Braves system. But I believe this is one of the org’s most talented pitchers right now.

Strider hit a rough patch during July, but make no mistake, 2021 has been a complete success for him. The 22-year-old righty is one of the most dangerous strikeout artists in this system as he averaged 18.7 K/9 in Single-A this year, 14.7 in High-A and now 13.3 with the M-Braves. Strider has just as much talent as Elder above, although I believe the former’s stuff will play better in the majors. Either way, it’s unreal to have these two in the top 10 so soon. Sure, they’re both former college arms… but no one expected them to produce like this so quickly.

This was supposed to be Davidson’s year, but a forearm/elbow injury has spoiled the 2021 season for the 25-year-old and he’s currently on the 60-day injured list. With it being September, it’s very unlikely the kid makes it back in time to make any sort of contributions to the big league team, but it’s still worth mentioning how well he pitched when he was healthy. Davidson was nearly unhittable in Triple-A this year, posting a 0.90 ERA in 20 innings with Gwinnett, to go with 10.3 strikeouts per nine. With the Braves, Tucker was nearly just as impressive, sporting a 3.60 ERA in the same amount of innings. Given his experience, age and track record, I don’t really even look at Davidson as a prospect any more. However, until he can consistently remain active and pitching with Atlanta, he’ll stay ranked on this list. Hopefully next year he pulls an Ian Anderson and graduates as that would mean he’s providing innings for the big league team.

Harris has played up the hype this season, displaying plenty of tools while starring at Rome. At just 20-years-old, the prospect outfielder currently sports a 115 wRC+ and has stolen 23 bases in 90 games so far. He’s heated up even more over the last month or so too, hitting .316 with seven XBH (137 wRC+) since August 1. Given he’s still so young, the Braves will most likely stay pretty conservative with Harris, but at this point it’s probably safe to assume a Double-A assignment is in the cards for the start of 2022. Hell, he may even earn a promotion before 2021 is over with. The outfield depth chart is deep in this system, but Harris is right up there with Pache and Waters. He just needs more ABs.

Lately the power has all but disappeared as Langeliers has been stuck on 19 home runs since August 11. But the bat remains hot for the star catcher, shown by his .286 AVG since the beginning of last month. Langeliers has been a success story like no other this season, performing well beyond his expectations as he’s quickly evolved into a complete player behind the plate and at the plate. We always believed William Contreras would eventually take over the reigns as the next Braves catcher, but at this rate I’m not so sure. Hopefully the universal-DH really does come soon and both Contreras and Langeliers can contribute at the big league level. If not, GM Alex Anthopoulos may eventually have to choose between the two. This kid is not someone to keep off the roster, and if he continues to improve with the bat the Braves won’t have a choice but to give him an opportunity. The next test is to see whether Langeliers can perform so well versus Triple-A pitchers as that’s currently the only advantage Contrereas holds.

It’s been sort of a quiet season for Waters as he’s mainly just been hanging in there with the Stripers, hitting .236 with eight homers and 22 stolen bases in 81 games so far (95 wRC+). Don’t get me wrong, the kid has improved, making nice gains regarding his patience at the plate. But I think we all expected the 22-year-old to sort of take off now deep into his second stint at the Triple-A level. I’d still like to see Waters cut his K rate to below 30% as the lack of consistent game power isn’t something I’m too concerned with (hell, eight homers is pretty good anyways). Many presume that he’ll get his MLB debut in 2022, and that seems pretty accurate; however, unless he wants to end up like Pache, the extra whiffs will need to be corrected. I’m still a believer in Waters. I just really want him to stick it whenever he does make it to the majors.

Muller takes Waters spot on the Top 30, and honestly I almost put the lefty at no. 1. Take away Muller’s first and last major league appearance from this season, and the kid posted a 2.43 ERA in 33.1 innings with Atlanta in 2021, to go with 9.4 strikeouts per nine. I know those other two games count, but what Muller did for a seven-start stretch was amazing, and his performance really helped the Braves turn its season around. Since being demoted back down to Triple-A, the southpaw hasn’t let up a bit, having produced a 1.00 ERA in three starts with Gwinnett so far. I thought Muller was no doubt going to be part of Atlanta’s September roster, but I guess the big league starting rotation is finally all healthy enough. Either way, Muller certainly showed he’s prepared to be a mainstay in the major league rotation. And hopefully he will be to begin 2022.

This was the closest I’ve ever come to moving Pache off the no. 1 spot. His horrid big league performance, coupled with some more middling play in the minors just hasn’t made me feel as confident about him leading this system. However, the kid might’ve saved his spot in the rankings by actually playing really well over the last month. Since August 1, Pache was hit .321 with 9 XBH and has generated an 11% walk-rate in the last 21 games, good for a 143 wRC+ in that span. He may not be able to fix his major league numbers, but this newfound momentum with Gwinnett may just save his season totals in the minors. Pache really just needs a fresh start, so hopefully the spring of 2022 will allow him to get on track. I think we’re all ready to see him in the Braves outfield.